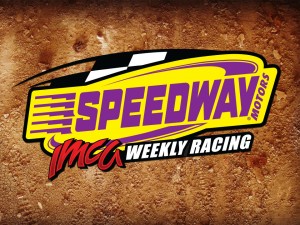 DONNELLSON, Iowa – Opening night for all five weekly IMCA divisions, along with a special visit to Lee County Speedway in Donnellson by the Sprint Invaders has been moved to Saturday, April 5

The show originally scheduled for Friday night begins with hot laps at 5:15 p.m. and racing at 6 p.m. IMCA Xtreme Motor Sports Modifieds race for $500 to win and a minimum of $100 to start. IMCA Sunoco Stock Cars and Karl Chevrolet Northern SportMods now race for $350 to win, IMCA Sunoco Hobby Stocks for $250 and Mach-1 Sport Compacts for $150.

IMCA Speedway Motors Weekly Racing National, regional, Allstar Performance State and local track points will be awarded. There is no registration or entry fee for any division.

The show is sponsored by Farmington Tax & Accounting and Armstrong Small Engine Repair featuring Mahindra Tractors. A benefit for Calvin Meyer will also be held on Saturday.

Meyer was diagnosed with T-Cell Acute Lymphoblastic Leukemia last month. He was transferred to Barnes Jewish Hospital in St. Louis, Mo., and will be hospitalized several months to receive five different types of chemotherapy.

His hospital stay will be followed by several trips to Barnes for outpatient treatment for this rare cancer that is in his t-cells, lymph nodes and blood. Calvin, his wife Annie and two-year old daughter Ella live in Warsaw, Ill. This benefit will help to pay for medical and travel expenses for Calvin’s treatment.

“I’ve been going to the races with my parents since I was born. I traveled around with three uncles who raced throughout central Illinois as a kid,” he said. “When I was 10, I started going to the races at Donnellson every week. I went several seasons without ever missing a race. Once I got my drivers license, I went to Donnellson, 34 Raceway and Quincy weekly.”

“The year before I married my wonderful wife, we went to 107 races at 22 tracks in one season. My favorite driver, who is also my best friend, is Jim Gillenwater in the no. 10 Modified,” Meyer continued. “I help him on his car when I can and when we aren’t racing we are fishing catfish tournaments throughout the Midwest.”

“It’s good to call him a friend,” said Meyer, whose wife will be in attendance Saturday night at Donnellson.

There is also a bar crawl that evening that the racers and fans can catch up with after the races.