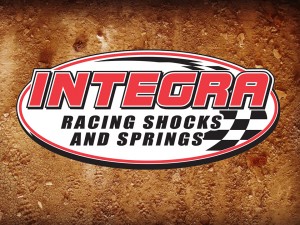 COOPERSVILLE, Mich. (March 21) – Fifth-year sponsor Integra Racing Shocks has renewed one of the most unique awards program in IMCA.

The Coopersville, Mich., manufacturer continues a unique program based on combined national Late Model and Deery Brothers Summer Series points. Drivers with the top two point totals each receive $350 product certificates; third and fourth place finishers each get $250 certificates and the fifth and sixth place drivers both get $150 certificates.

“Generally speaking, the more you compete, the more success you will experience and that certainly has played out with this program the past four years,” IMCA Marketing Director Kevin Yoder observed. “Ray Guss Jr. and Justin Kay have had outstanding years not only in the run to a national championship but to Deery Brothers Summer Series success as well. It will be interesting to see which driver sits atop the Integra combined point challenge at the end of this season.”
Integra also continues contingency awards for IMCA Xtreme Motor Sports Modified, IMCA Sunoco Stock Car, Karl Chevrolet Northern SportMod and Scoggin-Dickey Parts Center Southern SportMod competitors.

Product certificates valued at $350, $250 and $150 go to top three drivers in each of the five Modified re­gions, both Stock Car regions and to top three finishers in national standings for the Northern SportMods.

Drivers in all five divisions must display two Integra decals on their race car and return a sign-up form to the IMCA home office by Aug. 1.

Certificates will be presented during the national awards banquet in November or mailed beginning the fol­lowing week from the home office.

Information about all Integra-made products is available by calling 800 472-2464 and at the www.integrashocksandsprings.com website.

“I’ve had a lot of calls this year inquiring about contingency sign-up programs and what we’ve put together with Integra is one such program,” Yoder said. “I urge anyone competing with Integra shocks and springs to return the sign up form when it arrives in their drivers’ packet.”