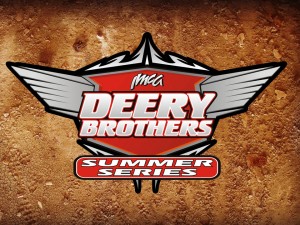 What was to have been opening night for the 28th annual tour for IMCA Late Models became a casualty of a forecast that can best be summarized as cold and rainy with the potential for freezing precipitation as well.

The race will not be rescheduled. IMCA Eagle Motorsports RaceSaver Sprint Cars were also to have made their Iowa debut Saturday at Crawford County.

Davenport Speedway will host the series lidlifter with a Friday, April 11 feature that pays $3,000 to win and a minimum of $300 to start.

Twenty-one previous tour events have been held at Davenport.

Night two of the weekend doubleheader takes the tour to West Liberty Raceway for another $3,000 to win, minimum $300 to start show on Saturday, April 12.

First IMCA point races of the season at Crawford County Speedway will be May 2.