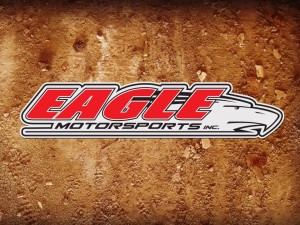 The Lincoln, Neb., sprint car chassis manufacturer and high performance parts retailer again furnishes a portion of the $2,600 point fund to be paid to top 10 drivers in national point standings for the winged class.

Point fund checks will be presented during the national awards banquet in November, or mailed beginning the following week from the IMCA home office.

“In addition to the point fund contribution, Eagle also awards a free chassis kit to the national champion and national rookie of the year,” noted IMCA Marketing Director Kevin Yoder. “Last season that ended up being the same driver but with a new crop of talented rookies combined with a full field of experienced veterans, those awards are up for grabs and the competition is wide open this year.”

“Eagle has been a great partner and we’re excited to work with them again in 2014,” he concluded.

Information about Eagle-built chassis and parts is available by calling 402 438-0392 and at the www.eaglemotorsports.com website.