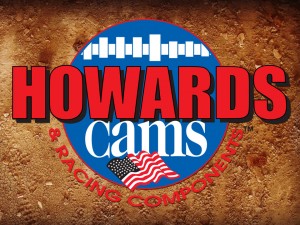 One cam will be awarded each month April through November. A picture of each Howards Cams award recipient will be published in the Inside IMCA newsletter.

Located in Oshkosh, Wis., Howards begins its sixth season as an IMCA partner and also awards $100 product certifi­cates to designated rookies of the year and special series champions powered by engines built in the aftermarket.

Certificates of the same value go to drivers winning Late Model, Sprint Car or Stock Car series titles, as well as to their engine builders. Those awards will be presented during the national awards banquet in November or mailed beginning the following week from the IMCA home office.

Information about Howards Cams products is available by calling 920 233-5228 and at the www.howardscams.com web­site.

“This program has been modified a bit from a similar distribution last year, with the focus being drivers having success during the season and at the end of the year powered by engines assembled by someone in our outstanding network of machine shops and engine builders,” IMCA Marketing Director Kevin Yoder said. “It will be exciting to see who rises to the top as the year progresses.”