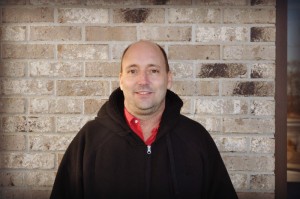 DAYTONA BEACH, Fla. – Eagle Raceway promoter Roger Hadan is one of six nomi­nees for the prestigious Auto Racing Promoter of the Year award given by Racing Promotion Monthly.

The ARPY winner will be announced Feb. 17 during the Speedweek national workshop in Daytona Beach, Fla.

“This is a big deal for us, knowing that Eagle Raceway has earned this kind of reputation and that we have to do everything we can to uphold it,” said Hadan, previously nominated from RPM’s Great Plains Region in 2011. “We want Eagle Raceway to continue to be a great track that drivers and fans want to go to.”

The eastern Nebraska venue continues to boast some of, if not the highest weekly average car counts in the nation for the IMCA Xtreme Motor Sports Modified, IMCA Sunoco Hobby Stock, Karl Chevrolet Northern SportMod and Mach-1 Sport Compact divi­sions.

“We continue trying to come up with new ideas to keep fans coming to the track, such as events like the Sprint Car Super Nationals,” Hadan said. “The drivers like them and they’re affordable for us because we don’t have to pay sanction fees to big-name organizations.”

A former driver, Hadan co-promoted a handful of successful specials before purchasing Eagle from Craig Cormack. He and wife Michelle have operated the track since 2006.

Daughter Racine is now part of the management team and her duties include social media.

“I’d venture to say that no one does more with social media than we do,” Hadan said. “We probably do 90 percent on the social media end of it where it used to be 10 percent. We are really raising the bar on social media.”

“From car count and grandstand perspectives to a general promotional standpoint, Roger, Michelle and their staff surpass any means of measuring success for a race track,” said IMCA Vice President of Operations Brett Root. “The nomination along is well deserved. We expect Roger to be a very serious contender for the national award.”