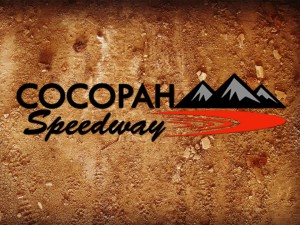 SOMERTON, Ariz. – Continuing with the theme of building on already successful events, Cocopah Speedway has begun preparations for the third annual IMCA Winter Nationals, coming to the Somerton, Ariz., oval for two consecutive weekends in mid-February.

The event annually features a big field of the best IMCA racers from across the country and the 2014 IMCA Winter Nationals at Cocopah grows to a total of four nights of racing, up from three nights last year.
Race dates are Friday and Saturday, Feb. 7 and 8, and Friday and Saturday, Feb. 14 and 15. Also growing is the amount of prize money to be paid out, along with the divisions represented as IMCA Xtreme Motor Sports Modifieds and Karl Chevrolet Northern SportMods will be joined by IMCA Sunoco Hobby Stocks.

“We want to build this event into one of the brightest stars in the IMCA racing world and the enhancements this year are another step towards achieving that goal,” said Cocopah Speedway Director of Operations Greg Burgess said.

Non-qualifier pay is $30. There is no entry fee or pill draw fee in any division any night and pit passes are $30 for each show.

Racing begins at 7 p.m. each night of Winter Nationals with a special event main gate opening time of 4 p.m. Season pass holders, Skybox ticket and suite ticket holders will be admitted 30 minutes prior to general admission. Pit gates for all events open at 2 p.m.

General admission each night of Winter Nationals is $15 for adults, $13 for seniors and military personnel, $5 for juniors ages 6-12, and children six and under get in free. Additionally, on Friday, Feb. 14, Cocopah Speedway will offer a Valentine’s special, with admission just $5 that night for all ladies.
Pre-event registration and ticket sales are already open online at www.cocopahspeedway.com and Burgess noted that entries are coming in at a good clip.

“The calls are steady and we can be assured of a stout field of the best Modified racers in the country,” said Burgess, who added “We look forward to extending the hospitality for which Cocopah Speedway is becoming famous, to drivers and race fans alike.”

The days in between the two race weekends are filled with other special events for racers and fans alike, including a bowling tournament on Wednesday, Feb. 12 and a special Fanfest Race Car Show and party on the speedway grounds Thursday, Feb. 13.

Information on Winter Nationals payouts, tickets, season passes and online purchasing or race registration is available at www.cocopahspeedway.com. Burgess can also be contacted at 928 344-1563 or by email at greg@cocopahspeedway.com.

Cocopah Speedway is located at the intersection of County 15th Street and Highway 95 in Somerton.