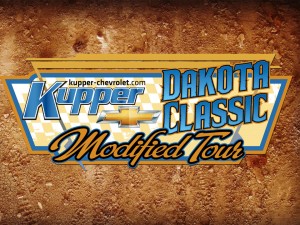 IMCA Xtreme Motor Sports Modifieds and IMCA Sunoco Stock Cars will be on the program at all six tracks during the July 6-11 tour in North Dakota and Saskatchewan. Another record pay­out is in the works, with each Modified feature winner earning $1,700 and each Stock Car winner pocketing $800.

Modified features are 2014 Fast Shafts All-Star Invitational ballot qualifying events. Home region points will be awarded in both divisions.
Nodak Speedway will host the tour opener on Sunday, July 6. On Monday, July 7, the tour heads north of the border to Estevan Motor Speedway. Williston Basin Speedway will host night three of the tour on Tuesday, July 8.

On Wednesday, July 9, the series heads to Southwest Speedway in Dickinson. Dacotah Speed­way in Mandan has the Thursday, July 10 date. The tour wraps up Friday, July 11 at Jamestown Speedway.

Minot and Mandan were both on the inaugural tour schedule in 1990.

IMCA rules and procedures will be utilized again at each track, with the same payouts and registra­tion fees in place as well. Dale McEwen returns to flag the entire tour.
“With new IMCA Modified sanctions in North Dakota, Montana and western Minnesota in 2014, we expect to attract even more cars and fans,” said tour founder and director John Gartner.

“Despite multiple requests to expand the tour into neighboring states, officials from the tracks that make up the tour decided to keep the traditional locations with some changing of dates to work around the North Dakota State Fair and Stutsman County Fair,” he added.

Gartner will also promote the Jamestown tour event. He can be contacted at 701 202-6075 for more information.

Feature winners in both divisions will receive large presentation checks at all six tracks.

Title sponsor Kupper Chevrolet of Mandan provides the $2,000 Modified and $1,000 Stock Car point funds to be paid to the top 10 drivers in respective tour point standings.