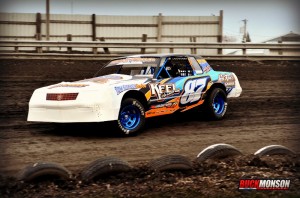 He’ll get a mini-hood from contest sponsor Sybesma Graphics to display along with those track championship plaques.

“It was a pretty good season. Everything worked out for us,” said Shipman, who wrapped up the I-35 crown by winning on season championship night. “To get 12 wins this year was really, really good.”

My dad and uncle had raced hobby stocks. We bought a car race-ready from a guy we knew who was retiring,” Shipman said. “We kind of jumped right in and got smoked, but I learned a lot the first few years.”