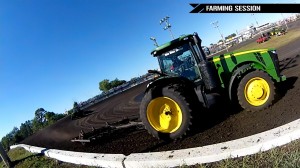 Plenty of sunshine and temperatures in the low 70’s usher in the opening night program of America’s Racin’ Vacation at Boone Speedway. The Deery Brothers Summer Series for Late Models headlines a Monday card that also includes qualifying for both Hobby Stocks and Northern SportMods.
Brian Harris is the point leader coming into the Labor Day Deery show. Tonight’s 50-lap main event will pay $3,000 to win and a minimum of $300 to start.

Sunday saw 105 Northern SportMods and 83 Hobby Stocks go through pre-tech. An open practice session followed, before a complimentary chili feed and a rockin’ performance by the band Helferstout.
Inspection for both divisions resumed Monday morning. By noon, another 75 SportMods and 44 Hobbies had gone through the tech tent.

Two 25-lap qualifiers will determine the front eight starters in the inside and middle row for Saturday’s Hobby Stock main event.

Northern SportMods run a single 25-lapper this evening to determine the front eight on the inside row of their Saturday grid.

Tonganoxie, Kan., driver Ben Kates started his 2013 season in Arizona and traveled extensively in his home state before taking up residence in Boone this summer. In addition to the Harris Clash, you’ve probably seen his name in weekly results from tracks in central and northern Iowa.

“I’ve raced all over the place, really,” said Kates, who turned 18 in July. “I really enjoy the competition here. This is definitely the place to be for SportMod racing.” He won once in five starts at Boone. Kates owns seven feature wins in 63 starts from his third full season in the division.