EAGLE, Neb. (Sept. 2) – The winners of the last two Sprint Nationals ran 1-2 in Friday’s qualifying fea­ture for this year’s IMCA 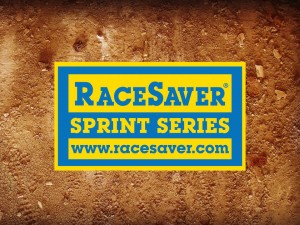 “I got a really good jump at the start from fourth. Actually, it was an awesome jump,” Dover said following the $700 checkers. “We set up for a slick track, and after they farmed the track it worked in our favor.”

“I can’t wait for the Race of Champions and getting to start on the pole Sunday,” he continued “Hopefully we can bring home the win.”

Dover led the opening lap with Andy Shouse, Luke Cranston and Wilson rounding out the top four. Dover pulled ahead to a straightaway lead by lap five.

Lap eight saw Pointer move into fourth and two laps later, Wilson advanced to second. Carney jumped up to the third spot as Shouse fell back to fourth.

Dover started encountering heavy traffic shortly after that, allowing his pursuers to close in. Dover ran high, low and wherever he had to in order to slice and dice around the lapped cars.

With nine laps left, Carney advanced to second and moved in on Dover. Carney needed just three trips around the oval to move to within Dover’s push bumper but try as he may could never complete the pass.