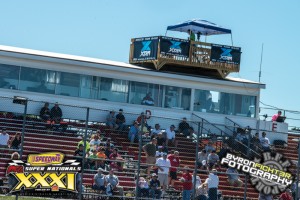 Two drivers with their share of career wins and then some were recognized during pre-race ceremo­nies this afternoon.
Mike Nichols won for the 300th time in his IMCA Sunoco Stock Car career while Shannon Ander­son earned his career 200th IMCA Sunoco Hobby Stock victory this season.

Both are the career wins leaders in their respective divisions.

The results of more rock, paper, scissors: Chris Mills will start at the front of the outside row in Saturday’s Modified dance.